Conditions to repeat groups of events

To repeat a group of events, you must first place the events of all future groups in the calendar editor (docs). Indeed, the group’s occurrences can be created only if their events already exist.

The events of each group’s occurrence must be strictly identical:

If any of the criteria is not met, then the group occurrence won’t be generated.

Example:
You want to repeat each week this group, composed of four events: 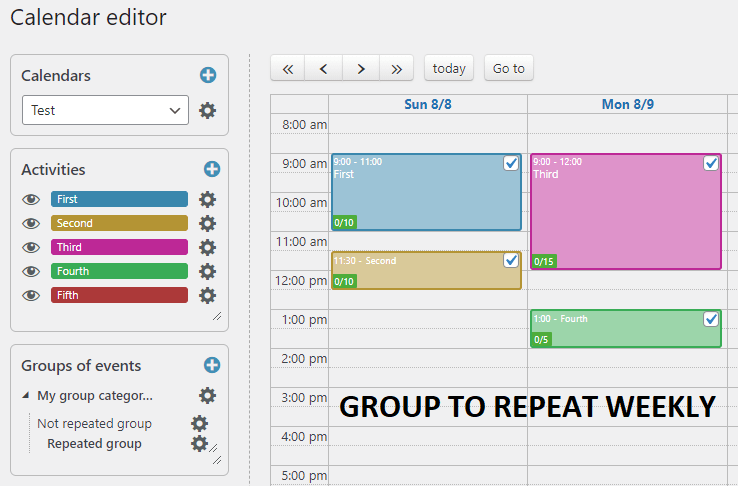 You must create the same events each week: 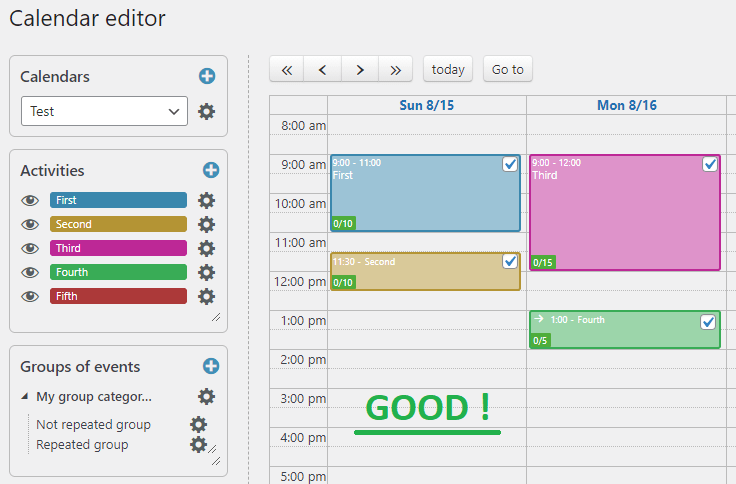 Tip: You can use the events’ auto repeat function to make it quick and avoid any mistakes (docs).

The slightest difference will invalidate the group, and it won’t be generated, here are some error examples: 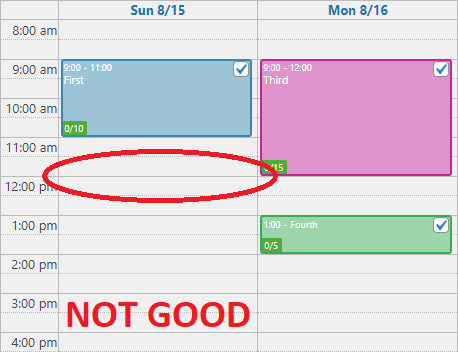 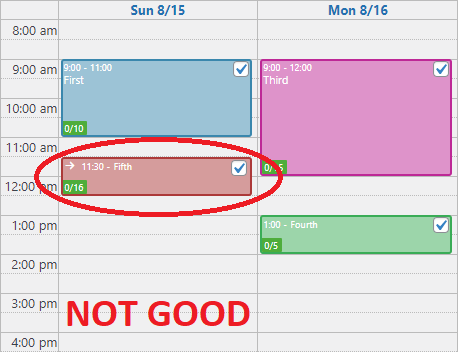 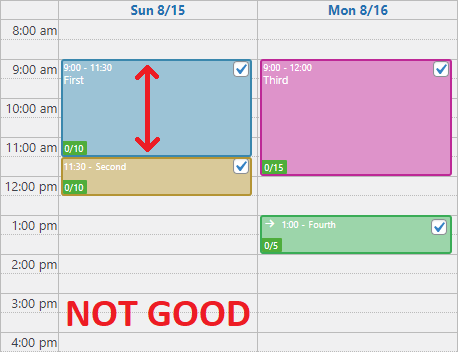 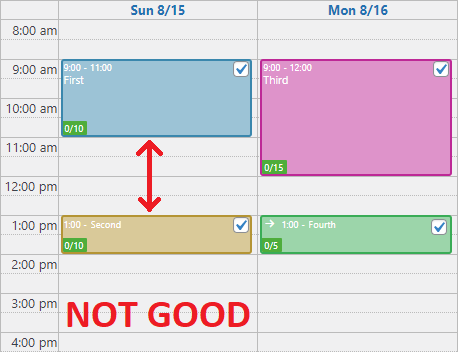 Once the events are placed, select the first group’s events and create the group (docs).

Go to the group settings and open the “Repetition” tab. 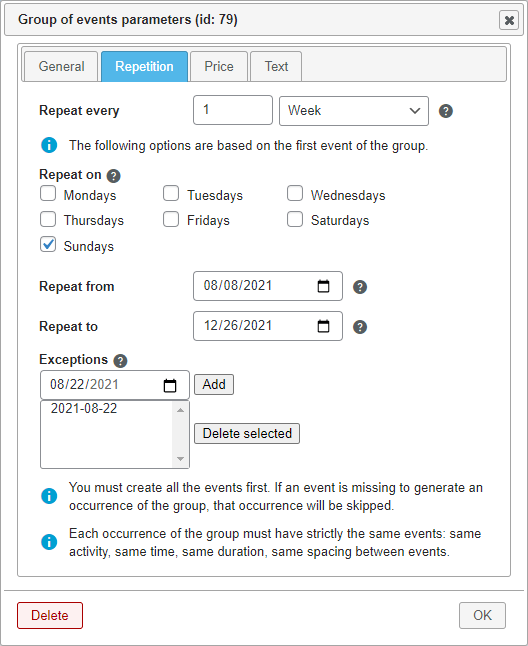 Here you can configure your group to be repeated:

Since these options are strictly the same as the single events’ options, we invite you to read this post about event repetition for a detailed description and more examples.

Navigate between the group of events’ occurrences

Once your group repetition is configured, you can preview each occurrence very easily. 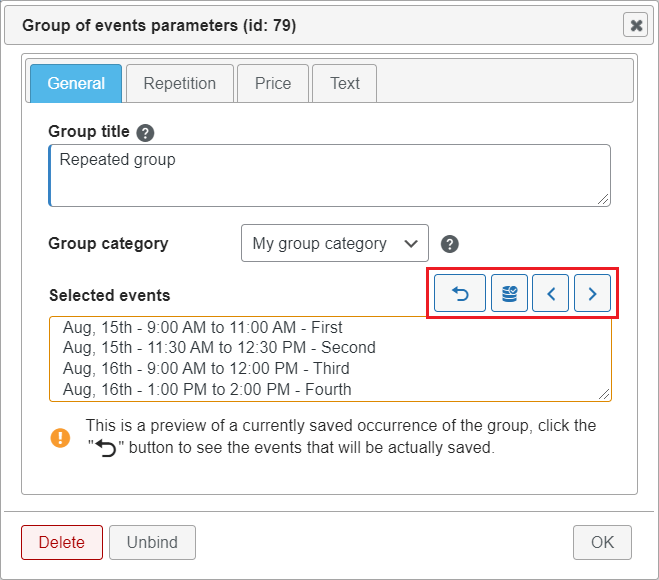 For that, go to the group’s settings > “General” tab, you’ll find navigation buttons:

Just as events, all repeated group occurrences share the same settings (the group’s), only the events dates change.

It is possible to unbind an occurrence in order to configure it differently, or to cancel it for example. 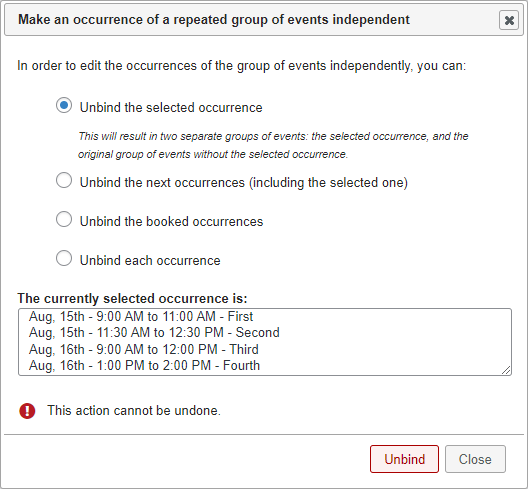 Choose one of these options to unbind occurrences:

Was this article helpful to you? Yes No

How can we help?

(If you don't receive a reply within 48h, something went wrong. Then, please send your request directly to contact@booking-activities.fr)